Change in Bishop This - Homosexuality is "God-willed"

Not only individual "flocks" within the congregations of the Catholic Church are in favor of a relaxation of Catholic guidelines and laws. More and more bishops and cardinals are also speaking out and calling for a new way of thinking in the church in some areas.

Bishop Helmut Dieser made it into the headlines with a special statement. He was not always positive towards homosexual people.

With one of his last statements, however, he turned away from the conventional ideas of the Catholic Church. In this context, he emphasized in interviews with two Christian magazines that homosexuality is also wanted by God. His view of things has changed and apparently the clergyman has absolutely no problem showing exactly that to the outside world. 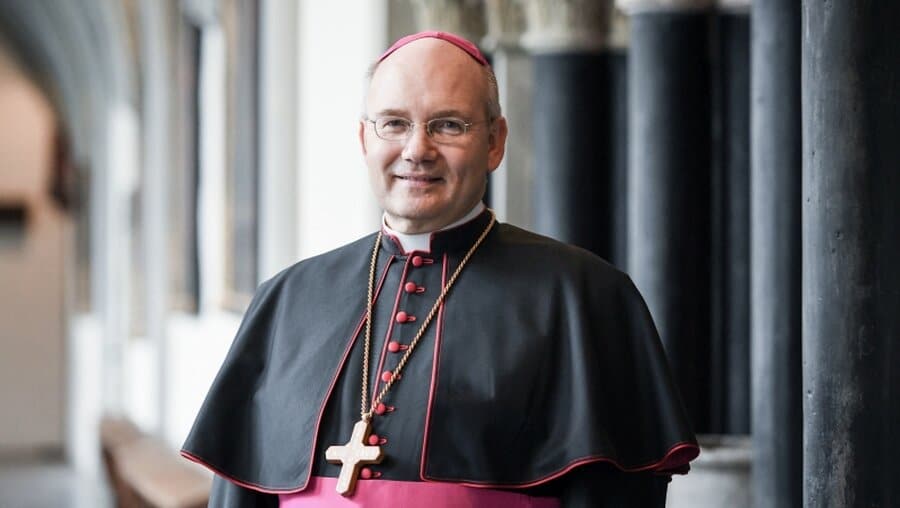 A fundamental question: Is homosexuality a sin?

Many members of the church still see homosexuality as a sin. Opponents of same-sex relationships usually draw the relevant evidence from the Bible.

In the meantime, many representatives of the Catholic Church have fortunately become more tolerant in a number of areas and also emphasize that no one should be expelled from the community. However, homosexual couples are still not allowed to receive the sacrament of marriage. Many church leaders are also skeptical about blessings. In short, there is much to discuss.

In this context, it is of course particularly interesting that more and more employees of the Catholic Church are also coming forward and standing not only for their faith, but also for their queerness.

One of the most prominent advocates among the clergy is now Bishop Dieser. He emphasized that he is sure that "homosexuality is not an accident of God, but God-willed.

Many clergy now oppose the Vatican

And what does the Vatican actually say? Here the opinion is clear. The head of the Catholic Church still sees homosexuality as a sin. Contrary to this view, however, more and more clergy are of the opinion that everyone should decide for themselves who they love.

Bishop Dieser is not alone in his opinion. Although the Pope has banned blessings of homosexual couples, there are more and more clergy who defy this very ban and perform precisely such blessings. They emphasize that everyone who blesses must make up his mind with his own conscience.

The blessings are positively received by many same-sex couples. Especially in the larger cities, many come together regularly to prove to the world that queer life and faith are not mutually exclusive.

Many were disappointed with the outcome of the synodal assembly

Not only the community, but also many believers looked eagerly to the outcome of the synodal assembly in recent days. They hoped that in their context there would be a reassessment of the church's sexual morality. Unfortunately, however, the two-thirds majority that would have been necessary for this failed to materialize.

However, it would certainly also be wrong to draw negative conclusions too early now. After all, at least the rejection of a realignment has led to a greater public discussion. Even among the bishops, discussions and arguments are still going on.

In this context, it must also be noted that it is not, of course, the Catholic Church in Germany alone that decides what sexual morality the worldwide church represents. Ultimately - especially from an international perspective - the Pope has the final say.

The main thing is: It is being spoken. And the very fact that the "No" vote at the synodal assembly has led to such strong counter-protest - even among the bishops - shows that there is an increasing headwind even within our own ranks.

Have you already noticed? The Green politician Lysander Laier has come out as transsexual.